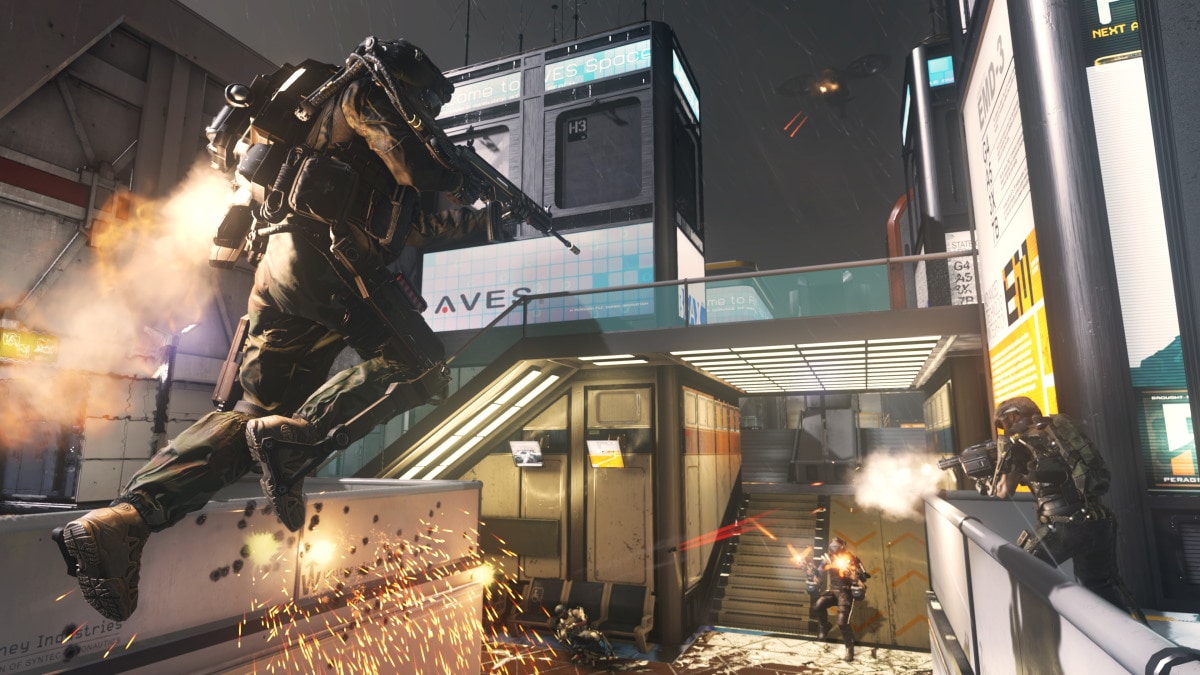 Call of Duty 2025 might reportedly be a sequel to Advanced Warfare. As per reliable tipster Ralph Valve, with the upcoming Call of Duty game, Activision Blizzard plans on revisiting the sci-fi setting they explored back in 2014. Developer Sledgehammer Games, commonly known for its World War era entries, will put a pause on the subject, and return to the futuristic battleground. Another known tipster CharlieINTEL, however, later denied the claims, adding that it’s “not fully clear yet” what the Advanced Warfare developers are working on.

Sledgehammer Games has been scrutinised over the years, for its lacklustre contribution to the Call of Duty franchise. Be it the original Advanced Warfare, WWII, or the much-recent Vanguard, they’ve all been subjects of controversy, for either straying from the franchise’s core values or being too mediocre — from both narrative and gameplay perspectives. Call of Duty: Advanced Warfare, for instance, shifted from its boots-to-the-ground approach to a fast-paced sci-fi shooter, which saw soldiers flying around via jetpacks.

While players were initially upset with the futuristic setting, it was later deemed as a breath of fresh air, when compared to other mundane World War-themed games from the developer. Going by the initial report, Sledgehammer Games is now allegedly working on a sequel, on the latest unified IW 9.0 engine created by sister studio Infinity Ward. Turns out, Sledgehammer Games had plans to further explore the World War era, by setting up characters on Call of Duty: Vanguard for several follow-ups. However, as Vanguard fell short of critical expectations, they were back at square one — eventually, pitching an Advanced Warfare sequel for 2025. CharlieINTEL’s sources, however, paint a different story, as you can see in the tweet below.

I have heard that there is no Advanced Warfare 2 currently in development at Sledgehammer Games, despite the rumors today.

Not fully clear yet what Sledgehammer Games is working on.

Earlier this year, an Activision Blizzard spokesperson confirmed that Call of Duty will no longer be an annual release. Instead, it will follow an “always on” model, shifting its marque shooter business to a live-service model. There are both good and bad sides to this. On one hand, being live-service means that a project could be half-baked, receiving regular updates through a constant revenue stream. But on the positive side, developers can now focus on implementing original mechanics and narrative, instead of worrying about churning out a lacklustre title on a yearly deadline. Hence, there’s no mention of a Call of Duty 2023 or 2024.

Early last month, Microsoft Gaming CEO Phil Spencer confirmed that Call of Duty will be joining Xbox Game Pass. The announcement also claimed that it won’t be treating CoD as an Xbox-exclusive title, to the joy of countless PlayStation fans around the world. Fast forward a week, and PlayStation CEO Jim Ryan labelled Microsoft’s offer as “inadequate on so many levels.”

Turns out, Microsoft had only offered for Call of Duty to remain on PlayStation for three years, after the current agreement between Activision and Sony ends. “After almost 20 years of Call of Duty on PlayStation, [Microsoft’s] proposal was inadequate on many levels and failed to take account of the impact on our gamers. We want to guarantee PlayStation gamers continue to have the highest quality Call of Duty experience, and Microsoft’s proposal undermines this principle,” Ryan added.

The next Call of Duty game, Modern Warfare II, is out October 28. Advanced Warfare 2 might be the next CoD game after that.