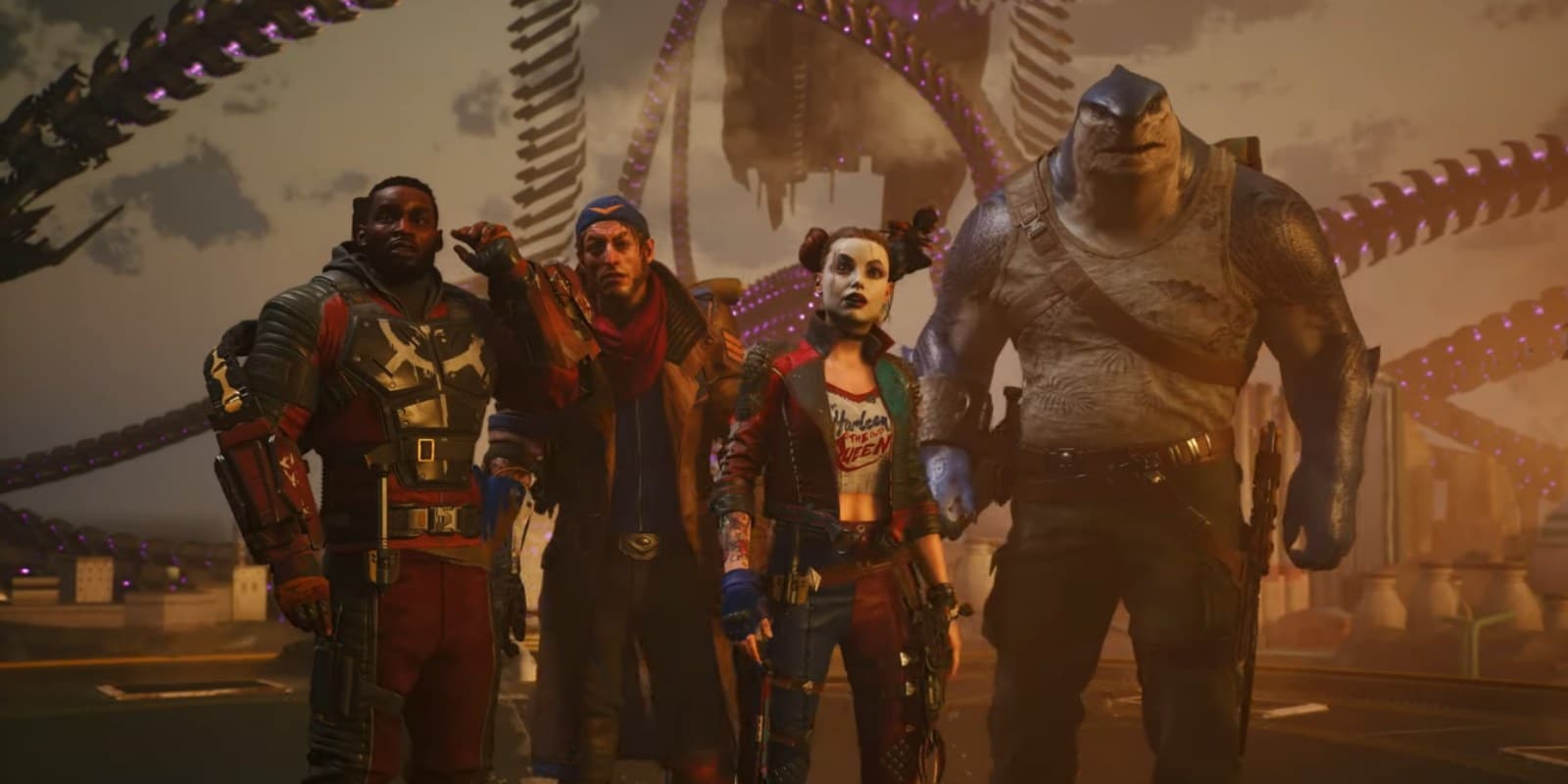 Harley Quinn, Deadshot, King Shark, and Captain Boomerang joins Amanda Waller’s Task Force X in the latest trailer. Soon enough, the quartet is dropped bang in the middle of a city devastated by a spaceship that closely resembles Brainiac’s ship from Injustice 2. As Waller’s booming voiceover announces that the Squad must take on the Justice League, we get quick glimpses of the evil versions of The Flash, Green Lantern (Hal Jordan), and of course, an evil Superman.

The trailer clearly suggests there could be co-op gameplay, but nothing has been confirmed yet. If you have seen the abysmal Suicide Squad movie (Review) from 2016 and the outstanding The Suicide Squad (Review) this year, you will have a pretty solid idea of what to expect from the four playable characters. Fans will have to wait until the next trailer to find out more on the actual gameplay style.

Suicide Squad: Kill the Justice League is not a part of the DC Extended Universe, but rather the Arkhamverse. Developed by Rocksteady, the studio behind the excellent Batman: Arkham trilogy, the new Suicide Squad game will be set in Metropolis and will follow its own lore that has nothing to do with DCEU movie franchises such as Wonder Woman, Aquaman, or The Flash.

Suicide Squad: Kill the Justice League is set to release in 2022 on PC, PS5, and Xbox Series S/X.