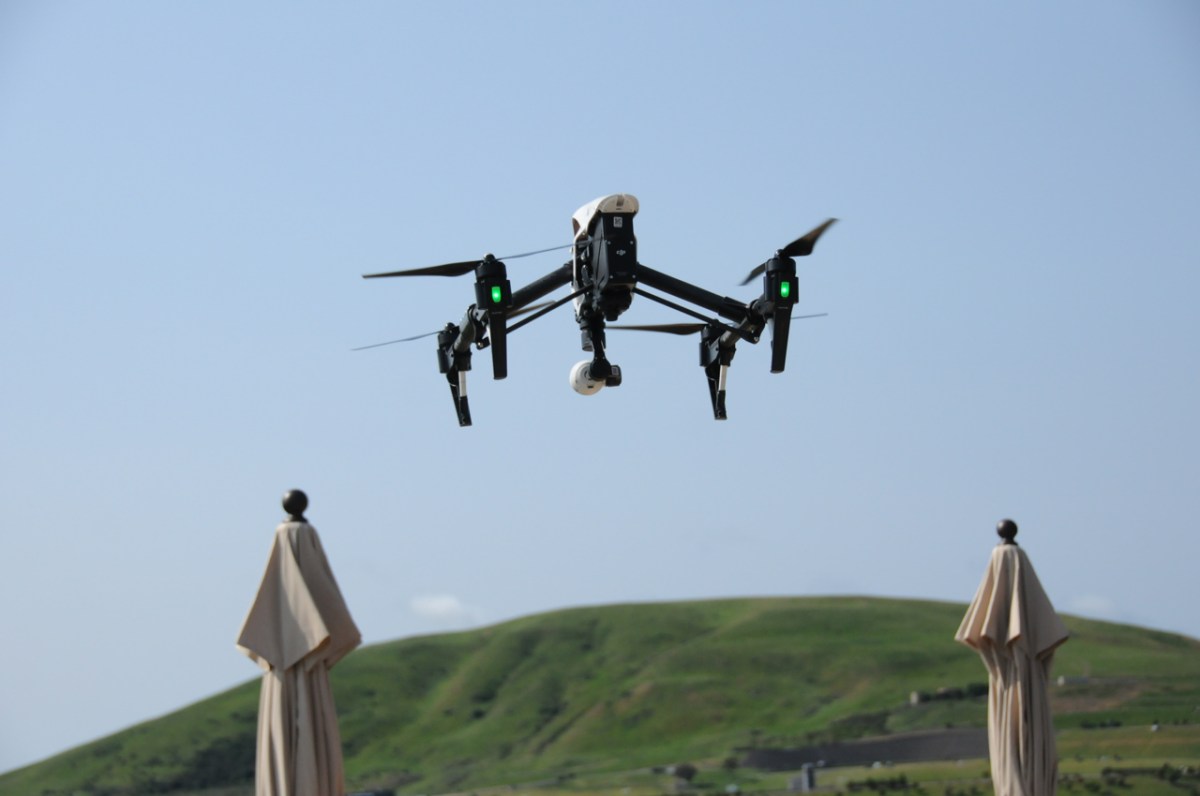 DroneBase, a company providing drones as a service to capture high-resolution aerial photos, today announced that it raised $20 million in a funding round led by Euclidean Capital with participation from Union Square Ventures, Upfront Ventures, Energy Transition Ventures, Hearst Ventures, Pritzker Group Venture Capital, and Valor Equity Partners. The company says that the funds will be put toward expansion in the renewable energy industry and other segments with “high-value” infrastructure, like commercial real estate and insurance.

Investments in drone startups are growing as the benefits of AI applied to aerial photography become clear. For example, algorithms analyze images from drones to monitor for corrosion, pests, and even livestock health. And insurers like State Farm leverage drones for claims inspections, assessing on-the-ground damage, and emergency resources following a disaster.

In 2019, venture firms invested about $886 million into the commercial drone industry, according to DroneII. In Q2 2020, investments grew to over $1 billion.

Santa Monica, California-based DroneBase, founded in 2014 by Daniel Burton and Eli Tamanaha, provides risk-management tools to protect assets including solar and wind energy systems. Since its founding, DroneBase claims that it deployed drones to capture photos of wind turbines in the Atlantic Ocean and real estate complexes after a Texas hurricane. It also flew manned aircrafts to capture thermal data from a “utility-scale” solar farm.

“I served as a marine infantry officer in Iraq and Afghanistan from 2007 to 2011,” Burton told VentureBeat via email. “After serving in the military, I did a short stint at Goldman Sachs and made the leap in 2014 to launch DroneBase. I flew the first more than 100 missions myself and [believe] that drones democratized air space.”

According to Burton, DroneBase’s technologies enable the company to deliver reports that spotlight the actions insurers, property managers, owners, and operators can take to recover revenue or improve the build quality of their infrastructure. “This year, we’ve added top talent to our team and expanded into Europe, [and this] growth funding [allows] us to dramatically increase those numbers, scaling to meet the needs of the renewables industry,” he said in a statement.

DroneBase claims to manage the largest network of manned aircraft and UAV operators in the world. The startup combines over 80,000 pilots across 70 countries with a team of consultants and AI-assisted anomaly detection. Together they process data coming in from contracted drones deployed in the field, including thermal data.

Using the platform, DroneBase customers can host imagery, manage their data, and collaborate with stakeholders. They’re also able to stream the data generated by the company’s algorithms to third-party apps like business intelligence dashboards.

“We’ve seen a significant shift in the intelligent imaging industry in the last six months; the industry has consolidated with several companies unable to compete globally or unable to find the right combination of software and deep vertical expertise,” Euclidean Capital chief investment officer Ashvin Chhabra said in a press release. “We chose to invest in DroneBase because the company has a unique operational and software approach that creates value for companies with high value assets in multiple industries.”

DroneBase, which claims to count “major” utilities among its over 1,100 clients, competes with PrecisionHawk, Measure, and Cape Analytics in the emerging drone services market. The industry is poised for further growth particularly in the U.S. in light of the Federal Aviation Administration’s (FAA) recent rule-making, which cleared the way for commercial drone flights over populated areas and at night. In April, the FAA allowed certified pilots to fly fully-automated drones in rural areas at heights under 400 feet. This provided a potential boon for farmers, miners, and others who frequently capture images of their properties.

“The financials are healthy and projections on recurring revenue, annual revenue, and gross margin are strong, particularly with our focus on the rapid growth industry of renewable energy. We’re an 8-figure revenue company,” Burton told VentureBeat. “Even before the pandemic, we were already doing inspections materially faster and safer than when companies put workers on rooftops or 200 feet up a wind turbine.”

PricewaterhouseCoopers estimates that the commercial drone applications market is worth $127 billion globally, and could climb higher as 3D mapping, delivery, and data transmission use cases get off the ground (no pun intended). Meanwhile, Boston Consulting Group estimates that the combined industrial drone fleet across Europe and the U.S. will be worth $50 billion by 2050 and eclipse 1 million units.

To date, DroneBase has raised $55 million in venture capital. The company currently has 65 employees and plans to expand its workforce to 100 by 2022.