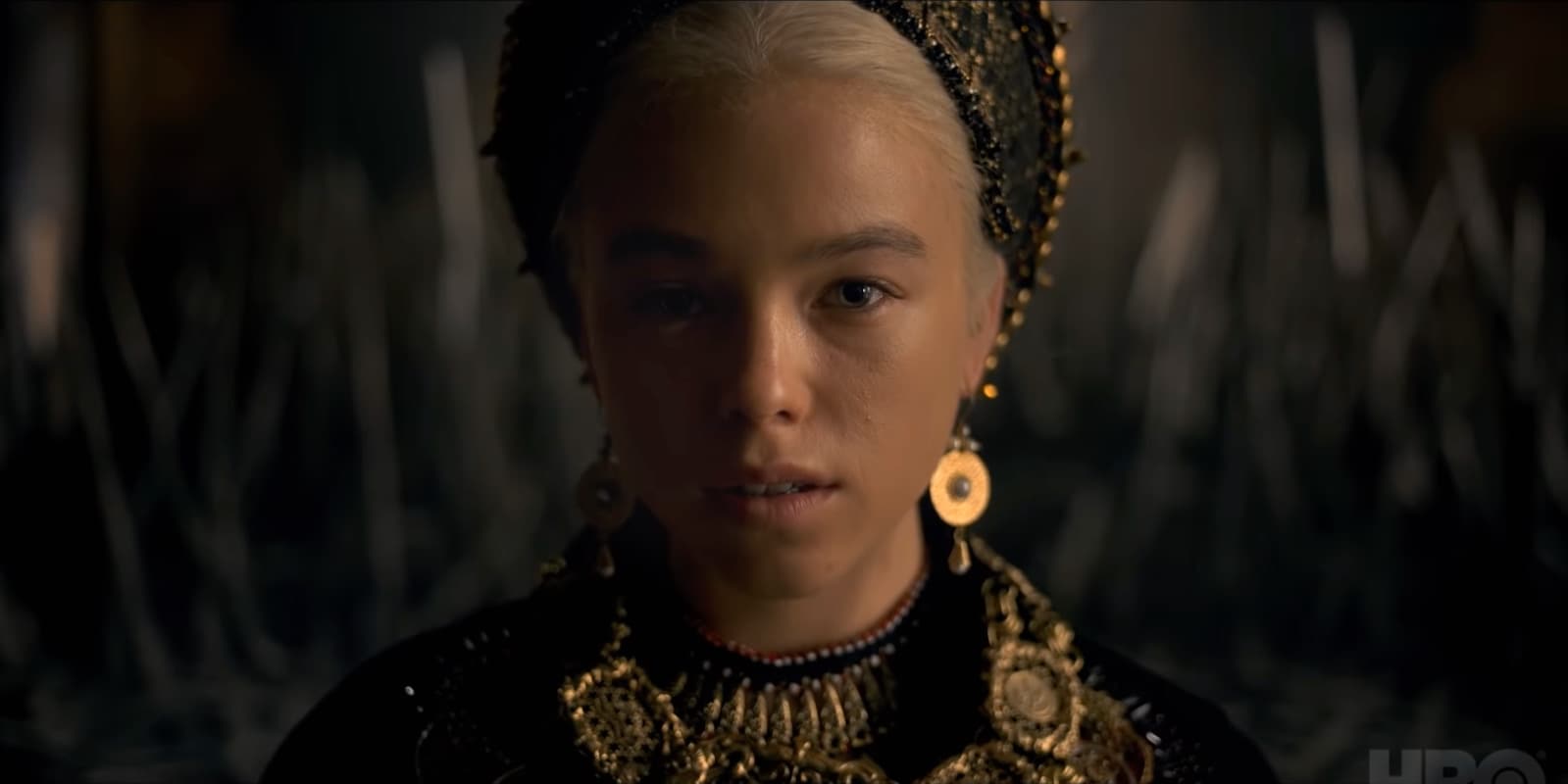 “Gods. Kings. Fire. And blood,” an unseen speaker says in the House of the Dragon teaser trailer, while we are shown glimpses of the primary characters: the Hand of the King pin on Otto Hightower (Rhys Ifans), Kign Viserys I (Paddy Considine) holding the sword and sitting on a throne, and his kids Prince Daemon Targaryen (Matt Smith) and Princess Rhaenyra Targaryen (Emma D’Arcy) on a beach. There’s a brief glimpse of a Targaryen in combat, a tourney, and Otto’s daughter Alicent (Olivia Cooke).

“Dreams didn’t make us kings. Dragons did,” the speaker returns as we see a Targaryen woman whose face we can’t see strode towards a much different Iron Throne than the one we remember from Game of Thrones. This one is rawer, more pointy, and there are swords welded into the ground all around it. This is mighty dangerous, I must say, especially for any rulers predisposed to a drink. The first House of the Dragon trailer then wraps with a title card and reiterating its 2022 release window.

Condal serves as co-showrunner alongside Game of Thrones veteran Miguel Sapochnik who will direct the House of the Dragon pilot and additional episodes. Greg Yaitanes (House), Clare Kilner (The Alienist), and Geeta V. Patel (Meet the Patels) will also direct episodes. Martin, Condal, and Sapochnik also serve as executive producers on House of the Dragon alongside writer Sara Lee Hess (House), Vince Gerardis (Game of Thrones), and Ron Schmidt (Watchmen). Yaitanes is a co-executive producer.

House of the Dragon releases in 2022 on HBO and HBO Max. It will likely air on Disney+ Hotstar in India, as HBO Max is still a while off from a local launch despite recent reports.