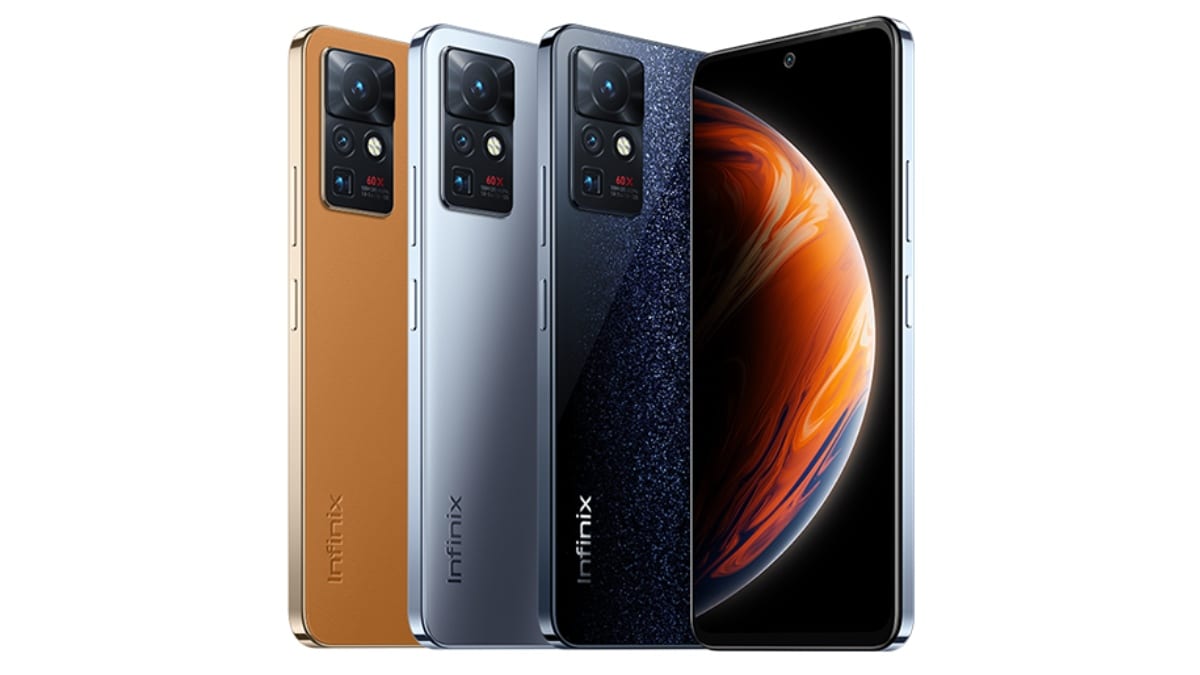 Details about the launch of the Infinix Zero X series in India are yet to be announced.

The dual-SIM (Nano) Infinix Zero X runs on Android 11 with XOS 7.6 on top and features a 6.67-inch full-HD+ (1,080×2,400 pixels) AMOLED display with a 120Hz refresh rate, 240Hz touch sampling rate, and a 20:9 aspect ratio. The phone is powered by an octa-core MediaTek Helio G95 SoC, along with 8GB of RAM and 3GB of Extended RAM. The Infinix Zero X also carries a triple rear camera setup that houses a 64-megapixel primary sensor, along with an 8-megapixel ultra-wide shooter, and an 8-megapixel sensor with a 60x periscope lens. The camera setup is also paired with optical image stabilisation (OIS) and electronic image stabilisation (EIS) as well as includes a quad LED flash.

For selfies and video chats, the Infinix Zero X has a 16-megapixel selfie camera sensor at the front with a dual selfie flash.

The Infinix Zero X has 128GB of UFS 2.2 onboard storage that is also expandable via microSD card (up to 512GB) through a dedicated slot. Connectivity options include 4G LTE, Wi-Fi 802.11 a/b/g/n, Bluetooth, GPS/ A-GPS, FM radio, USB Type-C, and a 3.5mm headphone jack. Sensors on board include an accelerometer, ambient light, magnetometer, and a proximity sensor. The phone also comes with an in-display fingerprint sensor.

The dual-SIM (Nano) Infinix Zero X Pro also has the same 6.67-inch full-HD+ (1,080×2,400 pixels) AMOLED display and MediaTek Helio G95 that are available on the Infinix Zero X. The phone also comes with the identical triple rear camera setup, though it carries a 108-megapixel primary sensor, compared to the 64-megapixel sensor featured on the Zero X model. Further, it has the 16-megapixel selfie camera sensor at the front.

On the optics front, the Infinix Zero X Neo has a triple rear camera setup that houses a 48-megapixel primary sensor, along with an 8-megapixel ultra-wide shooter and a periscope lens. There is also a 16-megapixel selfie camera sensor at the front with dual LED flash.

The Infinix Zero X Neo also has the same 128GB of internal storage as well as the connectivity options and sensors that are available on the Zero X. The phone packs a 5,000mAh battery with 18W fast charging. It measures 168.42×76.45×8.77mm.

The Infinix XE20 TWS headset has a latency rate of 60 milliseconds, according to the company, with a 10mm high composite diaphragm, and auto-pairing. The Infinix XE25, on the other side, comes with a graphene diaphragm, ENC noise cancellation, and a super low-latency. The earbuds are also rated to deliver over 100 hours of playback time. Further, there is an LCD screen on the Infinix XE25. Other details about the earbuds are yet to be revealed.