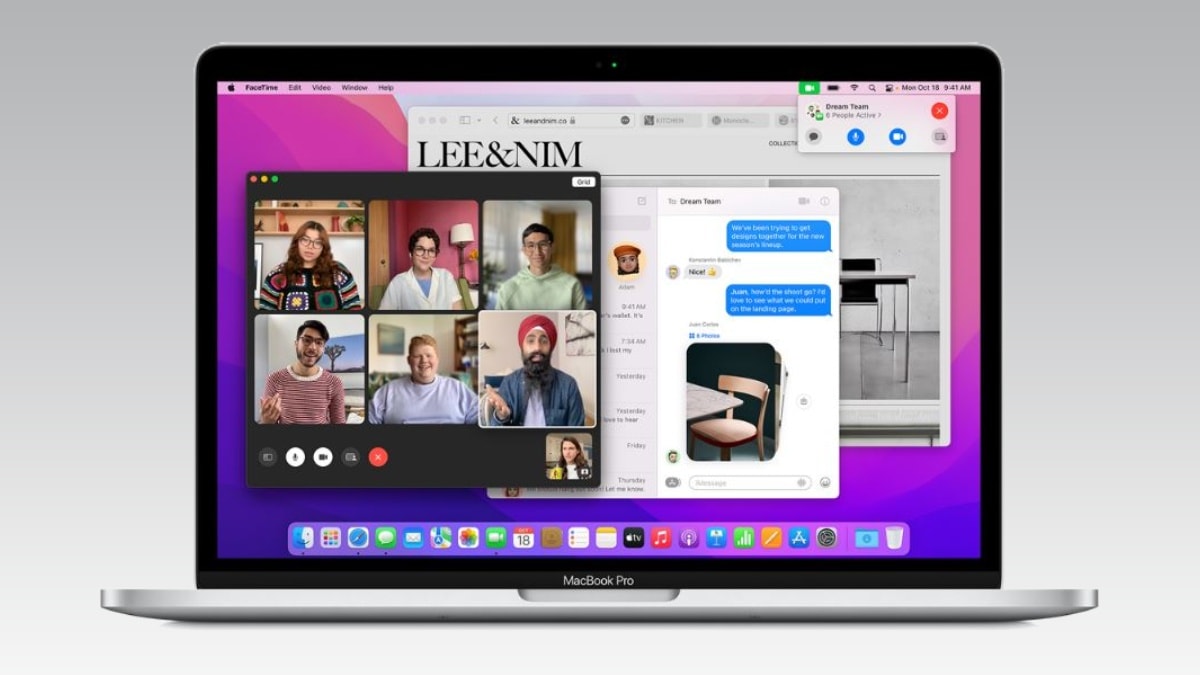 macOS Monterey, the latest operating system from Apple, has started rolling out to all Mac machines on Monday. Introduced in June at the Cupertino company’s WWDC 2021 event, Monterey comes as a successor to last year’s macOS Big Sur. Among its many new features, the latest macOS brings a redesigned Safari and “exciting new” FaceTime updates. It also offers handy features such as Universal Control, Focus, and Shortcuts. Apple is primarily focussing on multi-device usage with macOS Monterey, as it promises a more fluid experience than its predecessors.

macOS Monterey doesn’t quite follow the footsteps of its predecessor, the Big Sur. While Big Sur brought in an interface-level facelift, macOS Monterey is more focussed on tweaking the overall user experience. Encouraging users to engage with more Apple products, Monterey’s Universal Control feature allows seamless usage of different devices such as an iPad or a MacBook or an iMac or even an Apple Pencil — all at the same time. For example, if you make a sketch or take a note on a Keynote presentation with your Apple Pencil on an iPad, it will automatically show up on your Mac machine.

To encourage even more interconnectivity, macOS Monterey also brings AirPlay to Mac machines. So, you can now blast your favourite tunes on your powerful iMac speakers via the quick, wireless connection. Of course, you can share content between Apple devices as well via AirPlay.

For those who FaceTime a lot, Apple now offers spatial audio support to the chats, along with a fresh Grid View which automatically the participant who is speaking for easier understanding for all. Chats will now also be free of most background noise, thanks to the new voice isolation feature on mics which will also bring your voice “front and centre” during calls. FaceTime’s SharePlay feature also lets users share items such as movies or projects with friends over a call.

Safari users can now enjoy a cleaner interface with the new Tab Groups feature that helps save and mange multiple tabs under the umbrella of a single title. Tab Groups will also seamlessly synchronise across all devices to ease workflow.

macOS Monterey’s Shortcuts feature works similar to its iPhone or iPad counterparts, helping automate tasks on a Mac machine. Users can edit Shortcuts to suit their own tasks and needs.

Click here to check out a full list of all the new changes macOS Monterey brings to the table.

To download the update, go to System Preferences > Software Update.

You can also visit About This Mac from the Apple menu to check for the update.