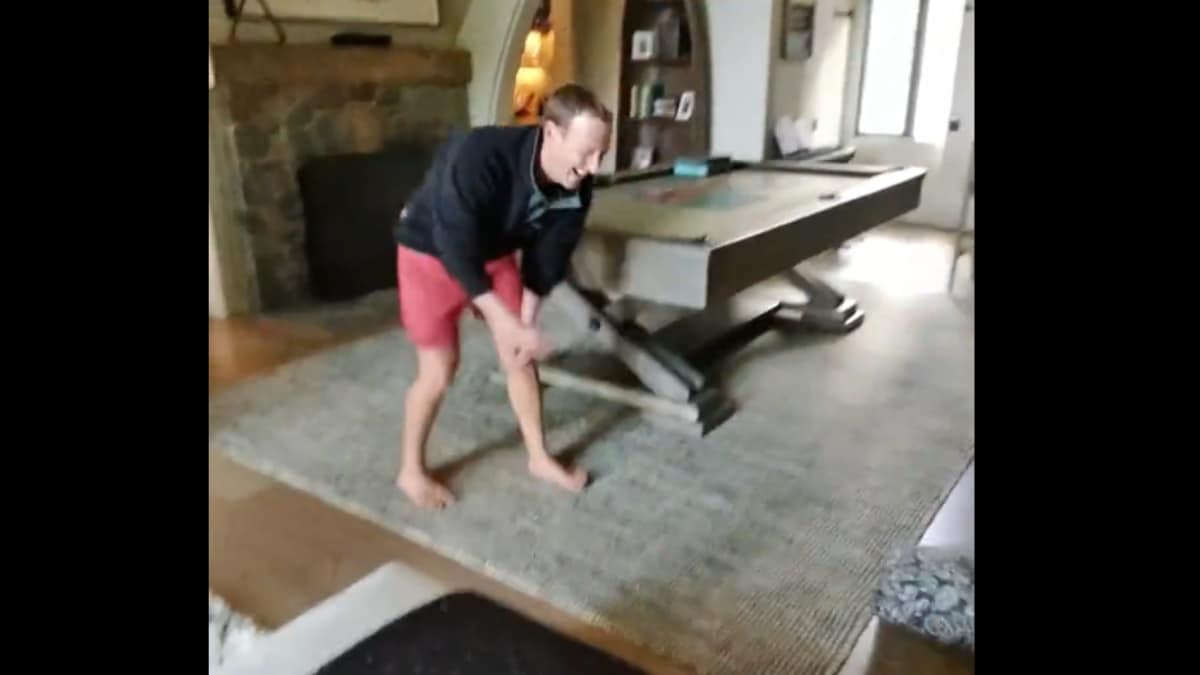 Facebook executive Andrew “Boz” Bosworth recently shared a short video that showed Mark Zuckerberg getting pelted with pillows. And Twitter CEO Jack Dorsey is impressed. “Throwing pillows of various sizes at Mark Zuckerberg looks fun,” Dorsey wrote in a tweet. What he possibly wanted to say was that the way in which the video was shot was interesting. Many suspected that the video was a sneak peek at Facebook and Ray-Ban’s highly anticipated smart glasses. Boz likely recorded it wearing the smart glasses, dubbed the Ray-Ban Stories that just launched. The point-of-view video showed Zuckerberg getting hit by pillows and other snippets from his life – like fishing with family and playing cornhole in the backyard.

Boz, who is the Vice President of Facebook’s Reality Labs that builds AR and VR products for the social media giant, returned to reply to Dorsey on his back-of-the-hand compliment, saying that he “can confirm” that throwing pillows at Zuckerberg was fun.

Boz put the humble sunglasses emoji in the caption, which was hint enough that it was captured by the Facebook’s Ray-Ban Stories.

“With Ray-Ban Stories, you can capture photos and videos, listen to music and podcasts or take phone calls without even taking out your phone,” said Zuckerberg in the video.

The smart glasses that have Ray-Ban’s iconic ‘wayfarer’ frames with some AR features are now available at a price starting at $299 (roughly Rs 22,000).

The smart glasses project has been under development since 2017. Last year, Facebook had announced it would launch the smart glasses in 2021. Facebook’s early step into wearable tech is an attempt to create an eyewear that boosts real-world views with data from the Internet.