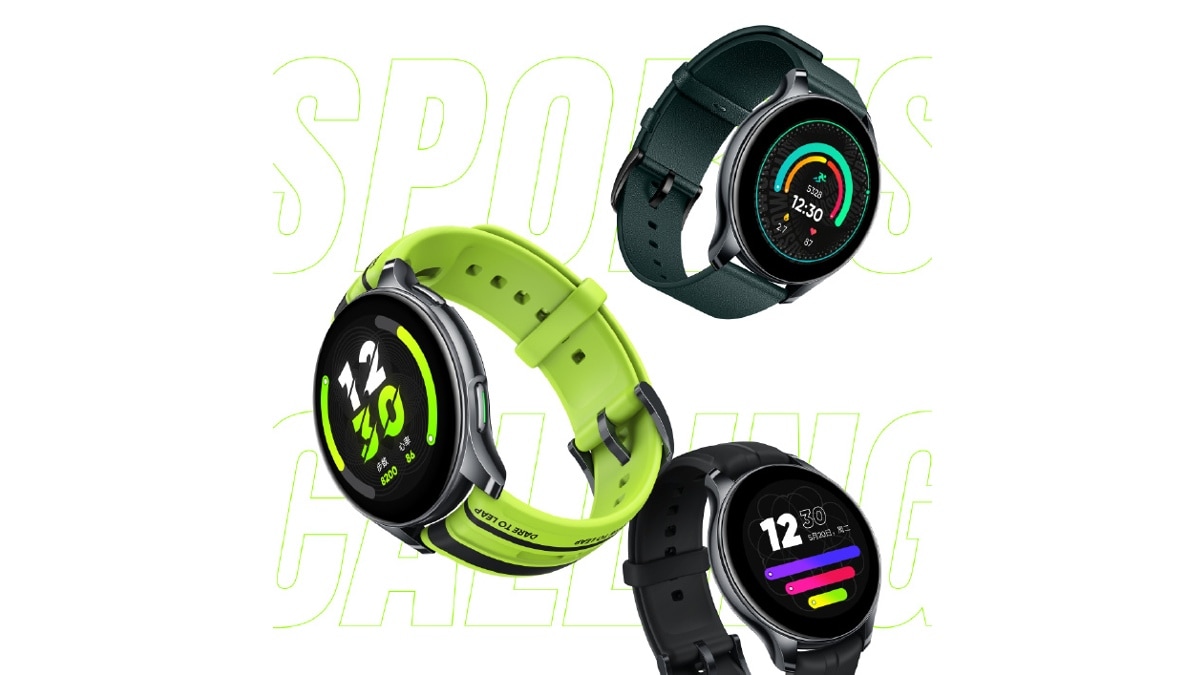 Realme Watch T1 launch is set to take place on Tuesday, October 19, Realme announced on Monday. The new Realme smartwatch will come alongside the Realme Q3s and Realme GT Neo 2T smartphones. Ahead of the announcement, the Chinese company also released a teaser image of Realme Watch T1 on the Web that suggests a circular design and silicone wrist strap. The new smartwatch is also expected to have a list of sports-focussed features, including dedicated modes for tracking different activities.

The Realme Watch T1 launch date was announced via Weibo on Monday. The launch is scheduled for 2pm CST Asia (11:30am IST) in China. Details on whether Realme Watch T1 will come to other markets including India are yet to be revealed.

Realme Watch T1 specifications are yet to be confirmed, though the teaser released on Weibo suggests that the new model will feature a circular design. This is unlike the original Realme Watch and Realme Watch 2 that both come with a rectangular display. Realme Watch T1 also appears to come with silicone wrist strap options in Black, Green, and Neon Green colour options.

A tipster on Weibo last week suggested that Realme Watch T1 would feature a stainless steel frame and include a round display with a high refresh rate. The smartwatch is also rumoured to have Bluetooth voice calling support.

You can expect Realme Watch T1 to come with Android and iOS compatibility. The smartwatch is also likely to have a dust- and water-resistant design.

Alongside Realme Watch T1, Realme has confirmed the launch of Realme Q3s and Realme GT Neo 2T as upgrades to its existing phones. Both phones will come with triple rear cameras and are expected to have up to 12GB of RAM. There will also be 5G connectivity on both models.

Realme India CEO Madhav Sheth joins Orbital, the Gadgets 360 podcast for an exclusive wide-ranging interview, as he talks about the 5G push, Make in India, Realme GT series and Book Slim, and how stores can improve their standing. Orbital is available on Spotify, Gaana, JioSaavn, Google Podcasts, Apple Podcasts, Amazon Music and wherever you get your podcasts.

Jagmeet Singh writes about consumer technology for Gadgets 360, out of New Delhi. Jagmeet is a senior reporter for Gadgets 360, and has frequently written about apps, computer security, Internet services, and telecom developments. Jagmeet is available on Twitter at @JagmeetS13 or Email at jagmeets@ndtv.com. Please send in your leads and tips.
More

Google Pixel 6 Series Prices for US and UK Leak Ahead of Launch, Ads Surface Online