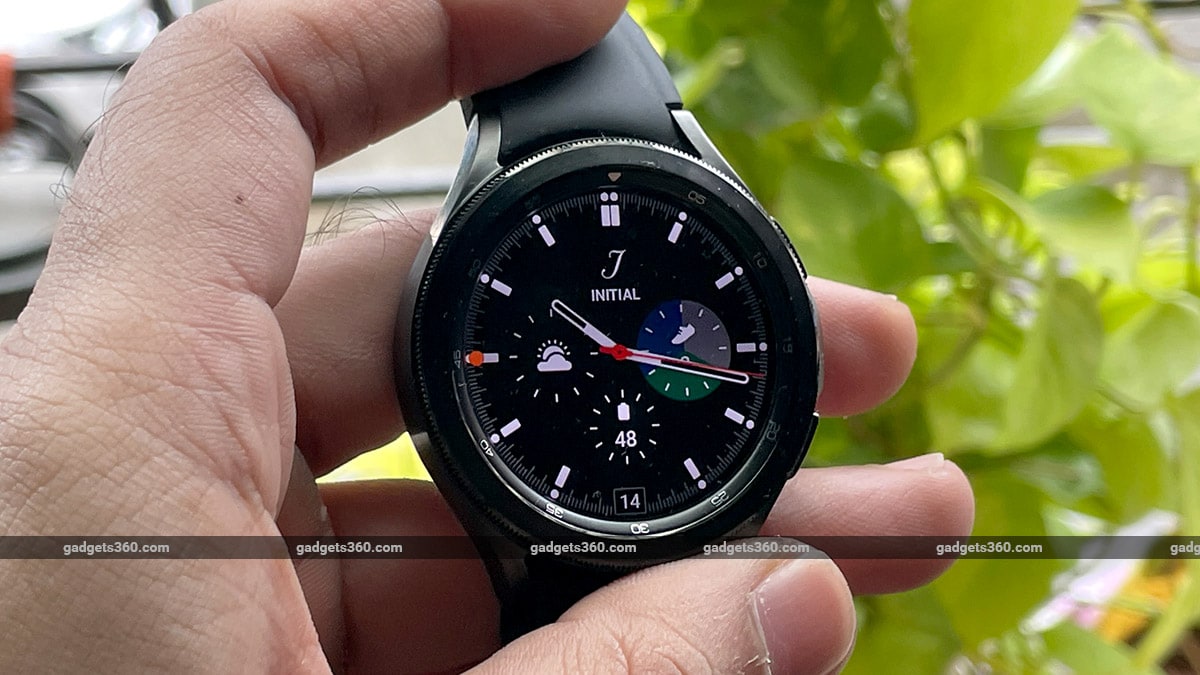 Samsung’s Galaxy series of smartwatches has been bearing all the weight of the company’s wearable ambitions. Recent models have all run Samsung’s custom Tizen OS, which in many ways offers better performance and a more intuitive interface than Google’s Wear OS. As strange as it might seem, Samsung has now partnered with Google, combining its wearable expertise with the latter’s wide reach. Dubbed ‘WearOS by Samsung’, this is the direction the two giants are taking together, and the Samsung Galaxy Watch 4 series are the first smartwatches running it. Will the Galaxy Watch 4 series take forward the legacy of its predecessors? I got my hands on a Galaxy Watch 4 Classic and here are my first impressions.

The Galaxy Watch 4 Classic looks premium thanks to its stainless steel case and the rotating bezel on top. It has a 1.4-inch Super AMOLED display that is slightly sunken within the bezel. The shallow placement and use of Corning Gorilla Glass DX should help keep it from getting scratched. There are two physical buttons on the right, which can be used to navigate through the UI. The rotating bezel as well as swipe gestures also work to navigate around the menus and apps.

I found the Galaxy Watch 4 Classic to have a nice weight to it. Without the straps, it weighs about 52g. The watch comes with a high-quality fluoroelastomer strap which did not cause any irritation to my skin when worn. It has quick release pins, which should make swapping it a one-minute job. The underside of the Galaxy Watch 4 Classic has a Samsung BioActive sensor which can measure heart rate, and SpO2 levels. The watch uses it to measure stress as well as compute body composition. The Galaxy Watch 4 Active packs in a 361mAh battery and charges wirelessly.

The Galaxy Watch 4 series is powered by the Exynos W920 dual-core processor clocked at 1.18GHz. It has 1.5GB of RAM and 16GB of internal storage. There is support for Bluetooth 5, dual-band Wi-Fi, NFC, and four satellite navigation systems. The Watch 4 Classic is IP68 rated for water resistance up to 5ATM.

Software is where there are some major changes with this watch compared to previous models. Samsung’s own Tizen OS goes out, and this new smartwatch runs WearOS by Samsung. You finally get Google apps on Samsung smartwatches, and a Play Store to download many more. Tizen OS only offered limited support to app developers, and this should improve with the Samsung-Google collaboration. Sadly I couldn’t find Google Assistant on the Galaxy Watch 4, but Bixby was available.

The fluoroelastomer band has quick release pins for easy removal

I found the One UI Watch 3.0 interface smooth and intuitive to use. It is far more polished than the experience on WearOS watches I have recently tested, such as the Oppo Watch. Surprisingly, there is no iOS support with the Galaxy Watch 4 series, and these devices can only pair with Android 6.0 or higher (with Google Mobile Services). You’ll need the Galaxy Wearable app to pair your watch with a smartphone, rather than the usual Google WearOS app. It’ll be interesting to see if this will be the case with other WearOS-powered devices going forward.

In my short time using the Galaxy Watch 4 Classic, it has managed to leave a good impression. I like its solid build quality and feature set. Samsung has polished the UI on the watch quite well and it is very intuitive to use. With no support for iPhones, at least not yet, this device loses out on a potential segment of the market, but that said, the bigger chunk of the smartphone market is Android-based, and no Android-compatible smartwatch so far has been as capable as the latest Apple Watch. Can the Galaxy Watch 4 be the Apple Watch of the Android world? Stay tuned to Gadgets 360 for a full review of the Galaxy Watch 4 Classic.