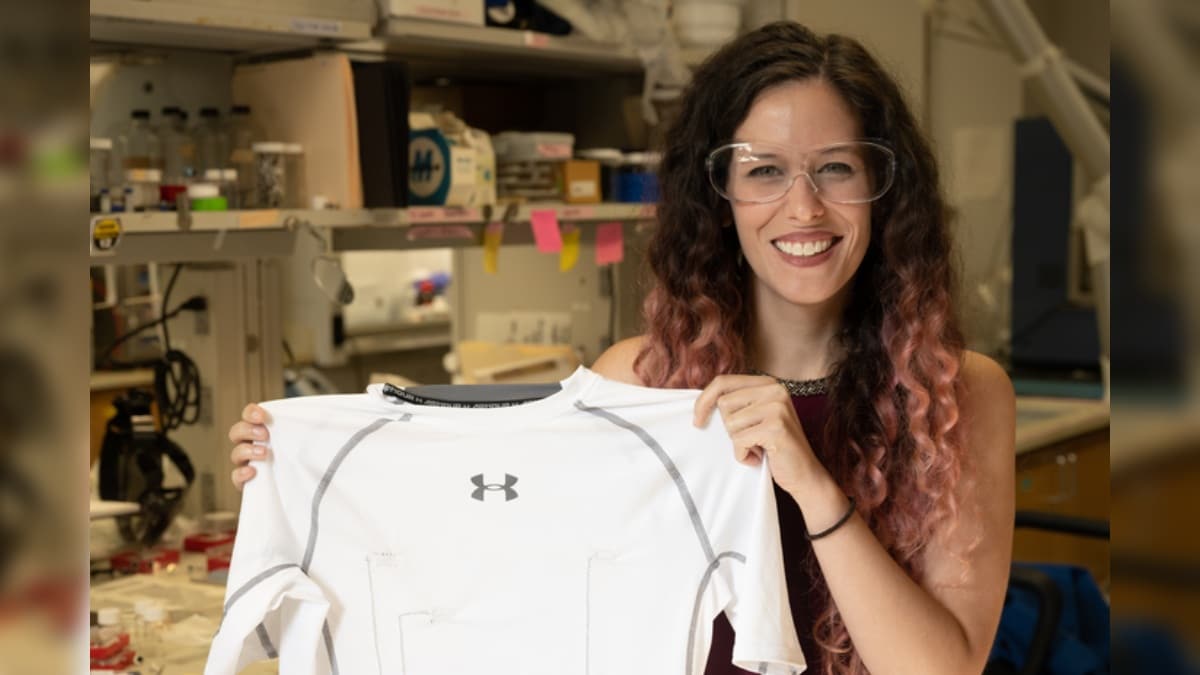 Researchers at Rice University in Houston, Texas, US, have found a way to weave “smart clothing” that can monitor your heart. A snug athletic shirt was created with conductive carbon nanotube fibres that is said to be able to measure your heart rate efficiently and accurately. Researchers state that the nanotube fibres sewn into the shirt were successfully able to take a continuous electrocardiogram (ECG) of the wearer. The fibres were turned into sewable threads that in turn functioned as conductive as metal wires.

Lauren Taylor, Rice graduate student and lead author of the study, said in a press release, “The shirt has to be snug against the chest” in order to function properly. “In future studies, we will focus on using denser patches of carbon nanotube threads so there’s more surface area to contact the skin,” she said. The paper was published in the American Chemical Society journal Nano Letters on August 30.

Taylor said that the zigzag pattern is adjustable and can be suited to the stretchability of a fabric. Since the data gathered depend on the shirt’s contact with skin, researchers are currently working with Dr. Mehdi Razavi and his colleagues at the Texas Heart Institute to maximise the surface area of the clothing to enhance touch with the skin.

Researchers said that the fibres were machine washable, soft, and flexible due to a zigzag stitching pattern. The data gathered by the shirt was compared with standard chest strap monitors and commercial medical electrode monitors during live experiments. The ECG results were found to be better with the carbon nanotube shirt.

The Brown School of Engineering’s laboratory of chemical and biomolecular brought nanotube fibre into focus in 2013. However, the original filaments were very thin, around 22 microns wide. To turn them into sewable threads, researchers packed three such bundles, with seven filaments each, and wove them into a thread that was as thick as a regular thread.

The shirt woven with these nanotube fibres can do a lot more than just read ECG. The fibres can serve as electrodes to connect Bluetooth transmitters that can relay the data to a smartphone or an external monitor, as per the researchers.

The applicability of these wearables has been proved. Now, researchers need backing from application leaders who can scale up the production and efficiency of the product.